Every year the Swarovski Kristallwelten celebrates Christmas with a festival of lights.

Together with the Berlin agency Insglück, who was responsible for the overall concept of the event, we created an interactive video mapping on the facade of a building in Kristallwelten.

The idea was to offer the public an intuitive and magical experience on the theme of Christmas greetings, based on the aesthetics of the Swarovski brand.

In a subtle musical atmosphere, participants sent their wishes from a touchpad onto the building. In a cloud of particles, crystal wings appeared on the facade revealing the wishes, before flying to the sky and disappearing into a light effect.

In the 39 days of the festival, more than 5400 participants sent their wishes. 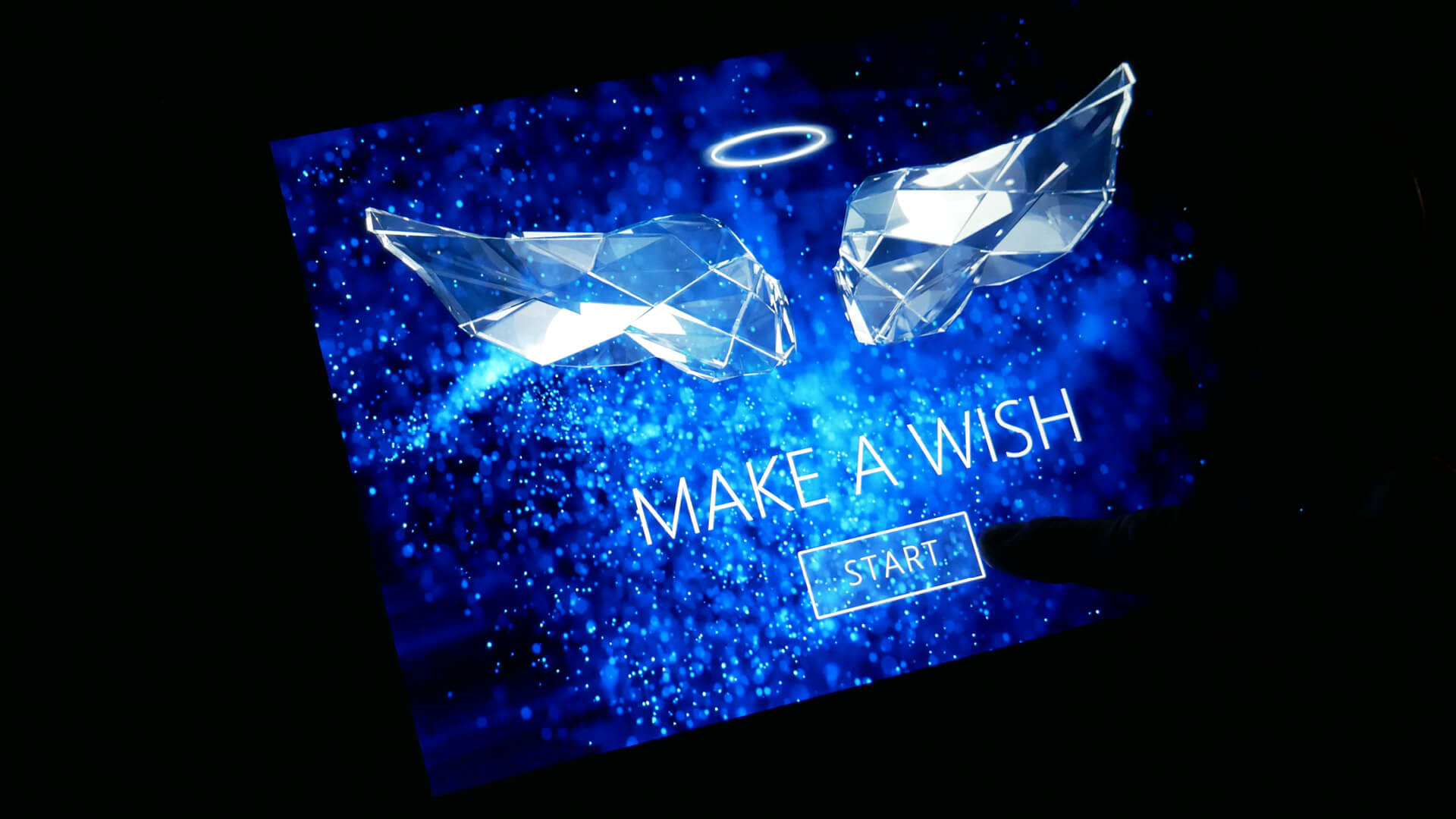 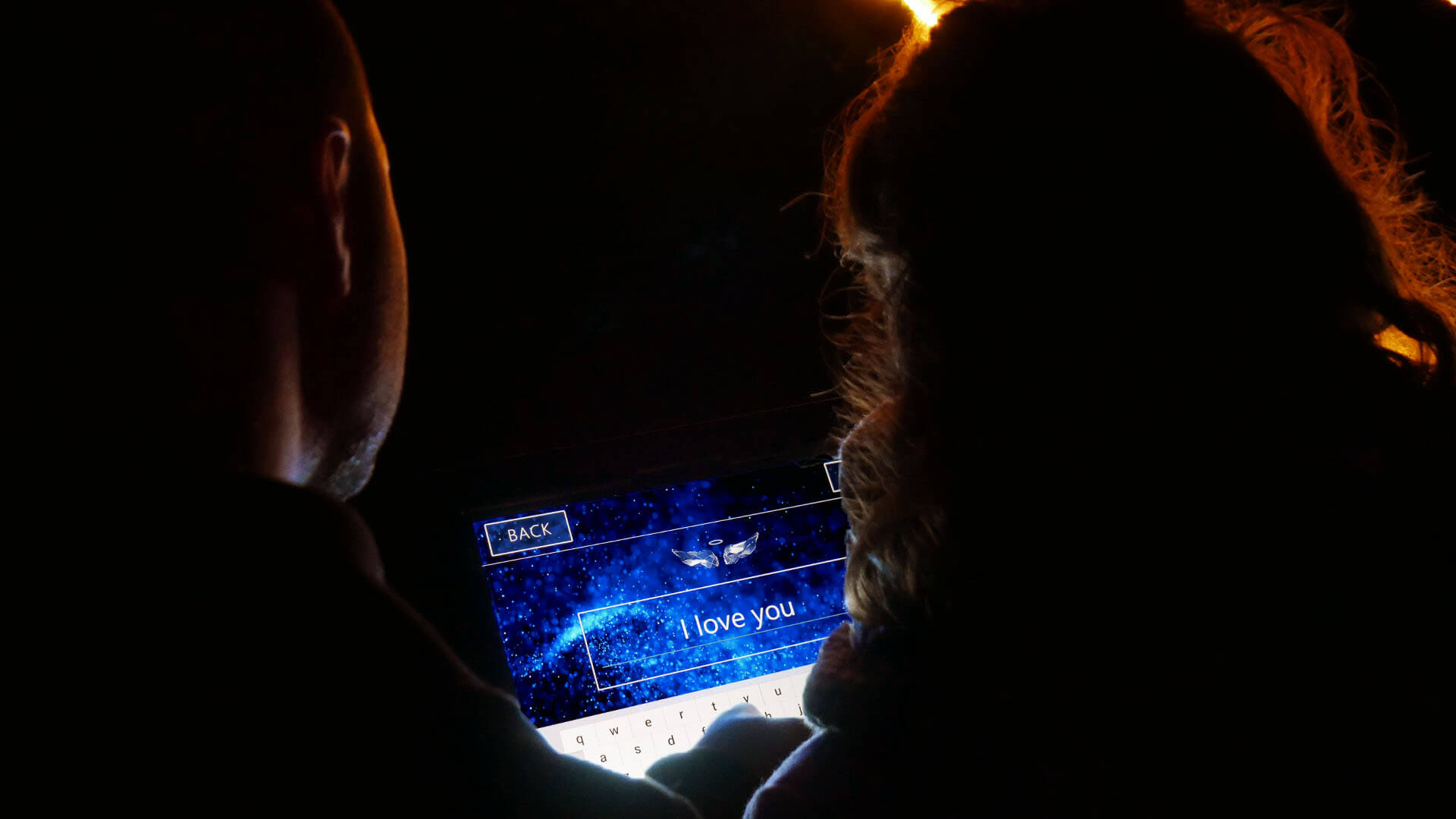 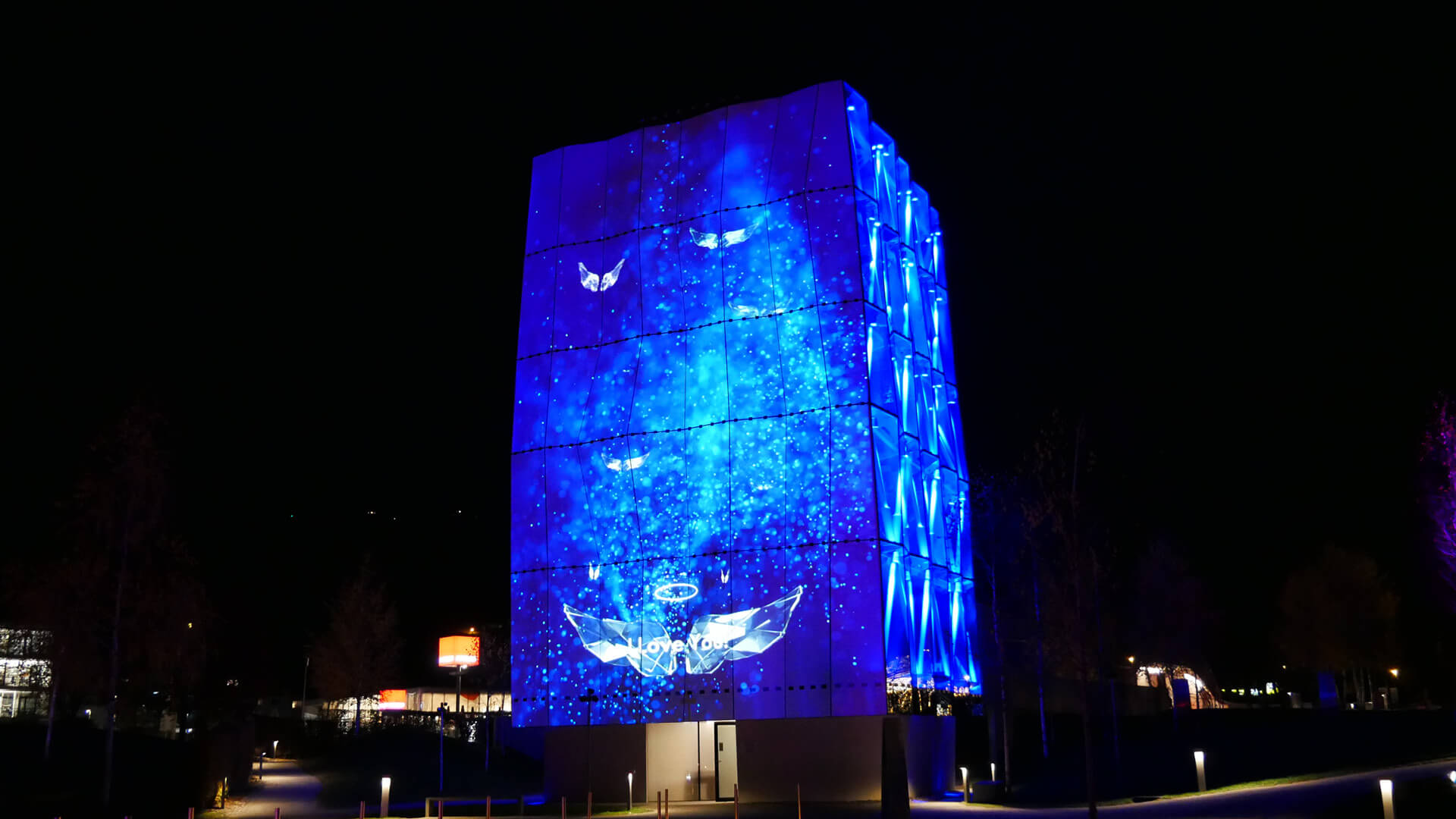 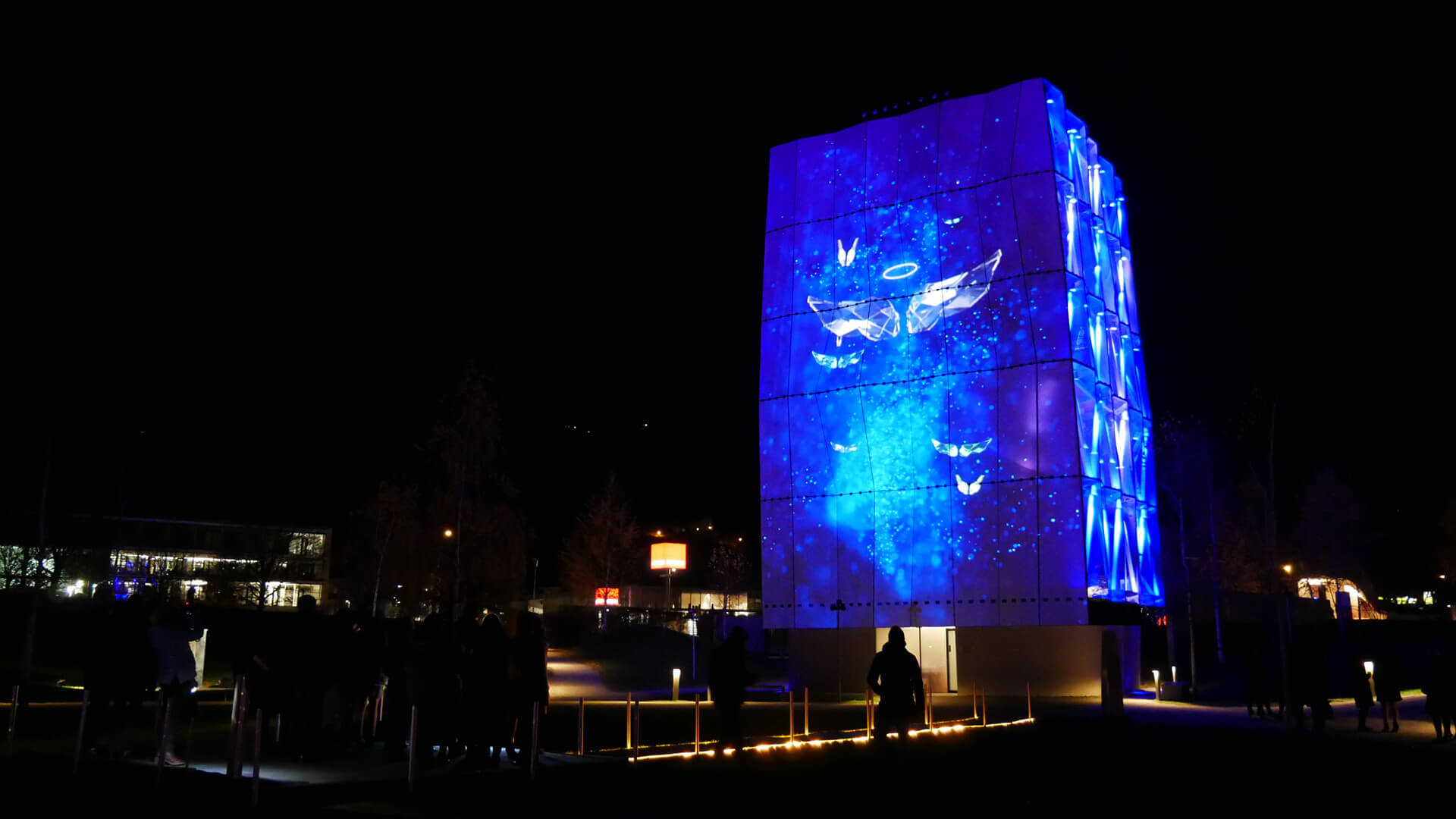